The Mystery of the World’s Greatest Mystery Writer 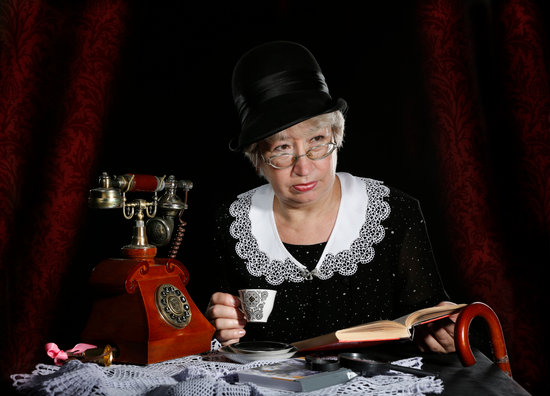 The world’s most popular mystery writer was involved in a mystery herself – one that triggered the largest manhunt in Britain’s history.

Agatha Christie wrote 66 detective novels and 14 short-story collections, starting in 1920; to date nearly two billion copies of her books have been sold. Only the Bible and Shakespeare have sold more copies.

On December 3, 1926, Christie disappeared from her Surrey, England home. Her car was found hanging over the edge of a nearby cliff. About 1000 constables and 15,000 civilian volunteers began looking for her. Britain’s first-ever airplane search was launched.

Eleven days later she was found at an elegant spa in Harrogate. An employee there recognized her.

The reason for her disappearance? An important clue is the fact she registered at the hotel using the surname of her husband’s mistress. In an interview a couple years later she said she had considered suicide, as she was distraught over her marriage – but when the car failed to go over the cliff, she instead suffered amnesia in the incident and made her way to Harrogate. Others speculate it was a publicity stunt.

Christie and her husband were divorced in 1928; she went onto remarry and lived a happy life with her second husband for 46 years, until her passing in 1976 at age 85.

Some mysteries will never truly be revealed. But what is notable in the Christie case is that widespread publicity about her disappearance finally led to her being found. Quite remarkable in a time without Facebook.