Nancy Drew – A Brilliant Detective and an Inspiration to Many! 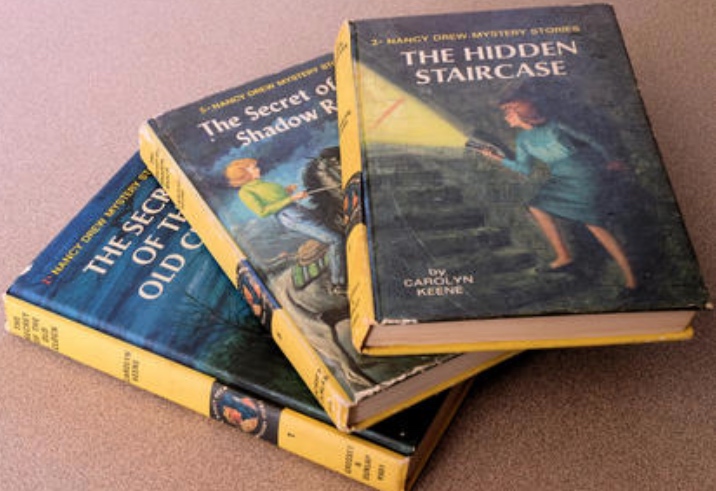 One of the most popular fictional detectives ever was Nancy Drew.
What is especially notable is that Nancy was introduced during a time – 1930 – when most people thought a woman’s place belonged in the home – versus sporting about with your friends solving mysteries.
The idea for Nancy Drew was Edward Stratemeyer’s – he was the publisher of the popular Hardy Boys series. He felt that teenage girls would respond to the idea of a brilliant, independent teenage girl unraveling mysteries.
He was right! The Nancy Drew Mystery Series ran from 1930 to 2003, with over 70 million books sold. Fun fact: the “author,” Carolyn Keene, was actually a pseudonym for the dozens of authors who wrote for the series.
Nancy Drew became a cultural icon who has been cited as an inspiration by women such as former First Lady Laura Bush, former Secretary of State Hillary Rodham Clinton, and Supreme Court justices Sandra Day O’Connor and Sonia Sotomayer.
Nancy Drew was also a favorite of the all-women staff at People Locator Service. Like Nancy, we are on the case! Call us at 855-562-8775.