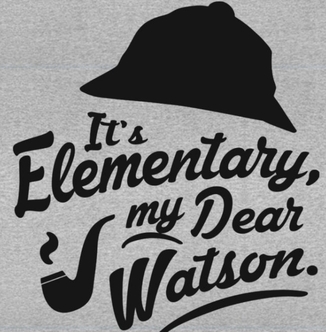 There’s something about detective work that captures people. Think of Sherlock Holmes – a fictional character created by British author Sir Arthur Conan Doyle in 1887. Over the course of 40 years, Doyle wrote 56 books and four short stories about Holmes and his assistant, Dr. Watson. Holmes is considered to be the most popular fictional detective in literature.Some interesting facts about Sherlock.1. Although the phrase “Elementary, my dear Watson,” is credited to him – he never spoke the words in that order.2. Conan Doyle’s inspiration for the character was Joseph Bell, a surgeon at the Royal Infirmary of Edinburgh. Conan Doyle admired the way Bell could make broad conclusions from studying minute details.3. Conan Doyle was also greatly inspired by Edgar Allen Poe, whose character C. Auguste Dupine is considered the first fictional detective in literature.4. Holmes had a laboratory, where he practiced forensic science techniques. He believed that good detective work was based on finding hard evidence – and from there, it was up to the intellect to figure out what the evidence shows. 5. The Guinness Book of World Records says Holmes is the most portrayed character in movie history.6. Sherlock Holmes was so well known that some people thought he was a real person. Some fans pretend that he was a real person, and have created societies and organizations based on that premise.If Sherlock Holmes were alive today, he would undoubtedly embrace the technology that allows us to access data. Data provides the evidence; investigators use it to make logical conclusions.People Locator Service has been offering investigative services for 23 years. Call us at 855 562-8775.